Mr. Michael Bartlett-Vanderpuye, the President and Chairman of M&C Group Global together with Group CEO, Mr Eric Kodi The President and Chairman of M&C Group Global, Mr. Michael Bartlett-Vanderpuye, has disclosed that the M&C Group will begin gold refinery operations. He noted that the M&C gold and precious metals refinery refines gold using wet chemistry acid parting method. He pointed that the idea to start the operation of the new gold refinery was aimed at adding value to the country’s gold resource. According to him, civil works has been completed and the needed technology had been installed with testing being conducted. Addressing journalists in Accra to outline the company's vision to the general public as it attained 15 years of establishment, the young celebrated entrepreneur and business mogul mentioned that the company has already acquired the legal licence and secured a place for the gold refinery. According to him, the equipment is being manufactured to be delivered in the near future will have the capacity to refine about 100 KG of gold daily. This development, he noted has already started growing new business ideas in line with the gold and precious refinery’s businesses. He explained that the company is also committed to working in a sustainable environment to ensure that our businesses are in accordance with global best practices. He pointed that his outfit has restricted areas that it is dealing in the gold supply business based on the mandate given to it by the Minerals Commission. According to him, many people ventured into the gold supply business but they could not sustained their businesses because they didn't understood the concepts of the gold dealing business. He indicated that gold supply business is a very robust market which could be handled with an extra care and also the dealers must adopted financial disciplines management systems. He pointed out that based on the experiences we have in trade we have decided to take the gold refinery license to help the company to start gold refinery operations. He pointed out that the idea of securing the gold refinery license was premised on the realization that there are no value addition to the gold resources they bought from Ghana before trading it to the international market which made them to run at lost. Additionally, the business mogul pointed out that the M&C Group is also venturing into food processing under the brand name Levan Foods. According to him, the company has acquired the necessary regulatory requirements and been issue with a licence to operate, adding that that very soon the Levan Foods will be on the Ghanaian and international market. As part of the 15th anniversary of the flagship company, he said the company plans to unveil a new outlook for the company and the staff and we a committed to remaining the “Hub of Confidence” to all our cherished clients." He pointed out that the M&C Group appreciates its stakeholders and the community within which it operates. He asserted that the company has undertaken several CSR projects and programmes to give back to the community and the people. According to him, the company has put up a 100 bed dormitory block for the Ghana Armed Forces and also supports media activities.

During the pandemic, he disclosed that the company has donated to various entities around its business area to facilitate the stipulated Covid 19 safety protocols, some beneficiaries were the Legon and East Legon Police stations as well as some public schools in the country. He told journalists that he discovered that many prospective foreign investors were interested to invest in realestate development, agriculture for the production of agri-produce and the gold trading sub sectors of theeconomy. According to him, these insights birthed the other companies under the group, saying that he preposition hasalways been to be prepared for when opportunity comes knocking. Of the three thematic areas however which were provided, most foreign investors were more interested in goldtrading. However, he stated that M&C Management Consult was not registered to perform such business and that led tothe registration in 2008, of M&C Logistics and Trading Limited to take advantage of soft commodities tradingand gold and precious minerals. According to him, the M&C Logistics and Trading deals in sugar, rice and other cereals on commission basis bylinking importers to large scale buyers from the sub region. In the commodities business, he revealed that the M&C Logistics and Trading sources sugar from localimporters at the Tema and Takoradi ports, to supply landlocked countries with high Islamic population, like Maliand Burkina Faso, whose demand for sugar was quite high. According to him, the company also assists importers to open letters of credit through local banks for theimportation of commodities. He said the beauty of being an intermediary between buyers and sellers is the opportunities and other avenues itopens up. He indicated that one of such was the minerals and petroleum trading saying that he quickly registered with thePrecious Minerals Marketing Company to learn the ropes to take full advantage of any such business. He indicated that this strategic move derived from a relationship developed with prospective foreign gold buyerswho believed that in Ghana, gold could easily be found on the open market. According to Mr Bartlett-Vanderpuye, he established links with small scale miners while encouraging some of his clients to do same by funding thebusiness small scale gold miners and pre-financed their operations . In return the miners will sell their winningsdirectly to M&C. To perform the gold buying trade legally, he noted that the M&C Logistics and Trading acquired a licence fromthe Precious Minerals Marketing and the Minerals Commission to engage in gold trading. He mentioned that the M&C currently works with more than 200 small scale miners across the country and inMali and Burkina Faso. But with the sub region’s volatility, the Mali and Burkina businesses have droppedsignificantly. According to him, the investment paid off when the company traded its first 500 gram gold bar in Dubai whilston an exploratory visit. After a number trips to understand the workings in Dubai, M&C found a partner in the free zone enclave. The desire of the Company under the leadership of Mr Bartlett- Vanderpuye, led to the establishment of its firstinternational joint venture in Dubai registered as MNP Trading located in the free zones enclave of Dubai. Mr. Bartlett-Vanderpuye said “I have always wished to set up a company with global presence and the Dubaioperation kick started it to fruition.” 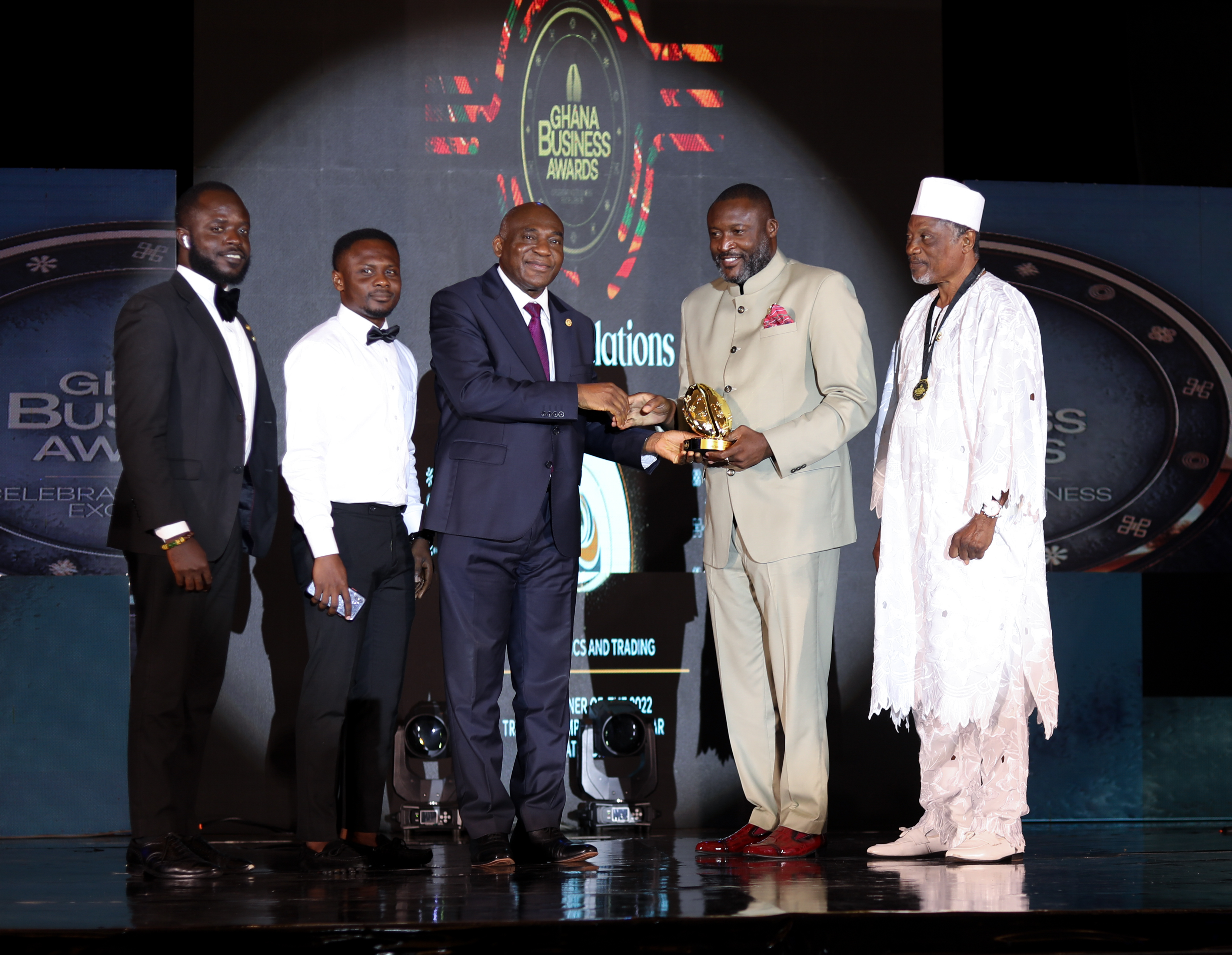 Group Chairman, Mr. Bartlett-Vanderpuye, Group CEO, Mr. Eric Kodi and some members of staff receiving the award on behalf of the Group 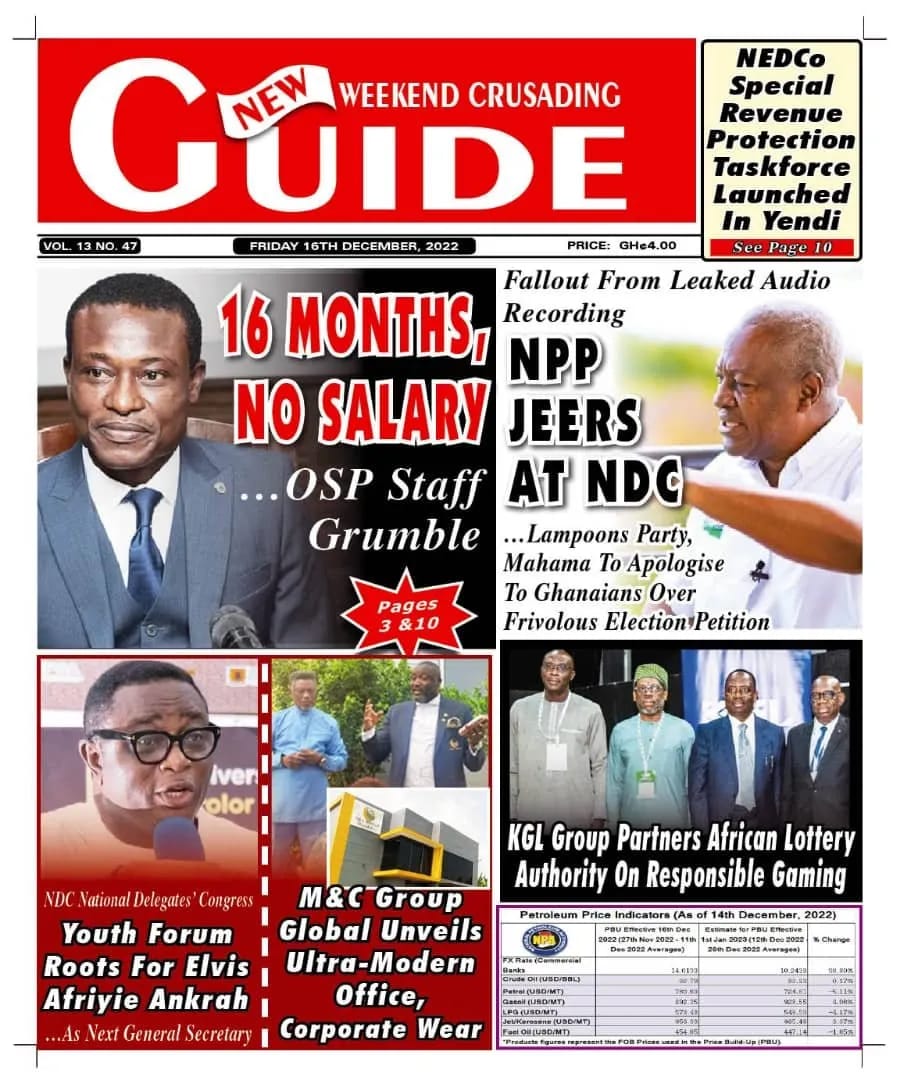 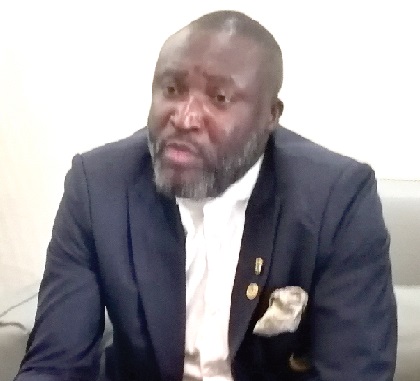 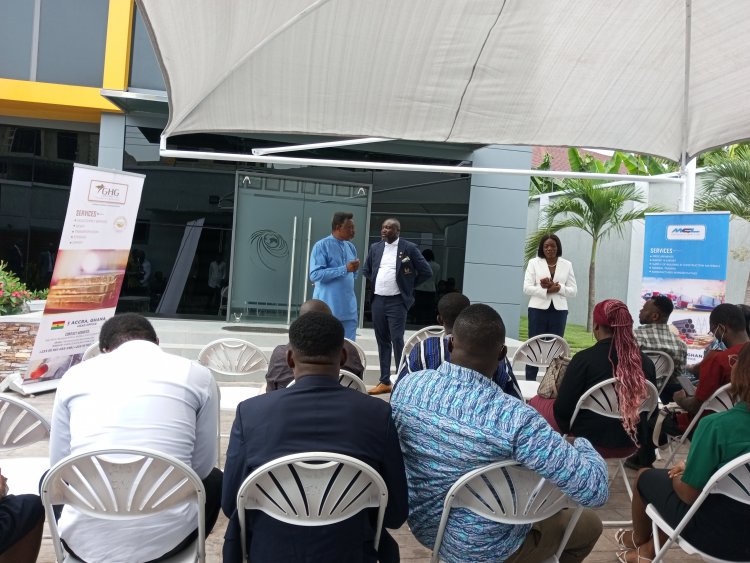 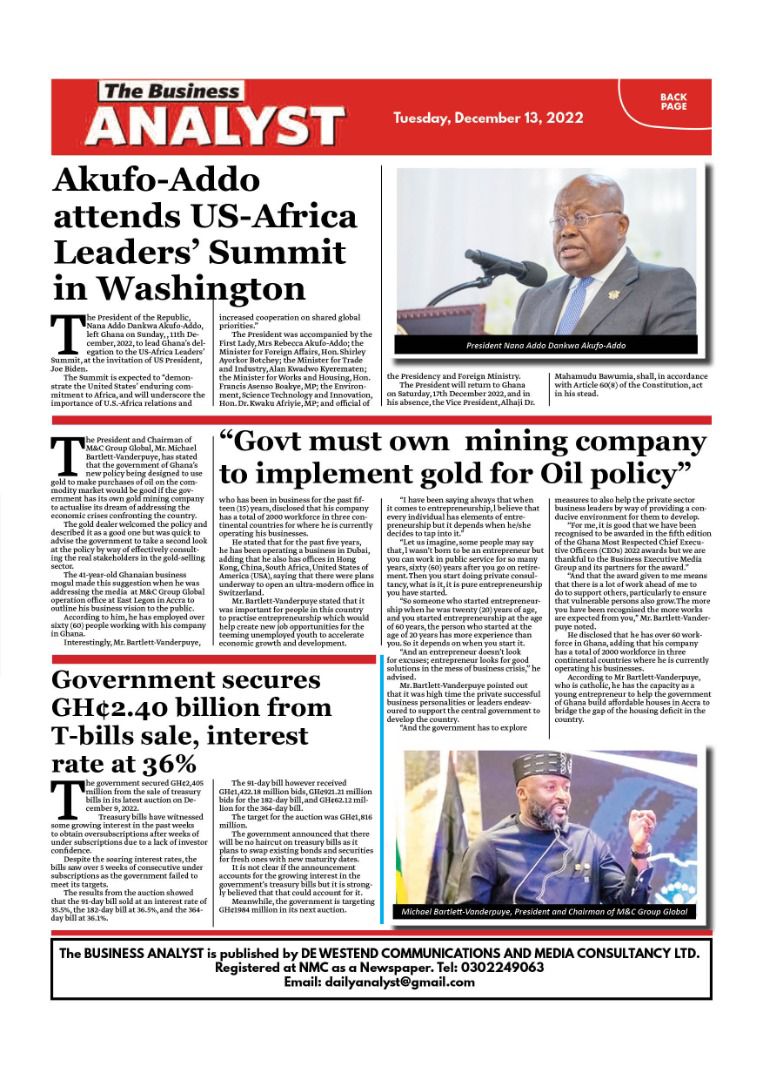 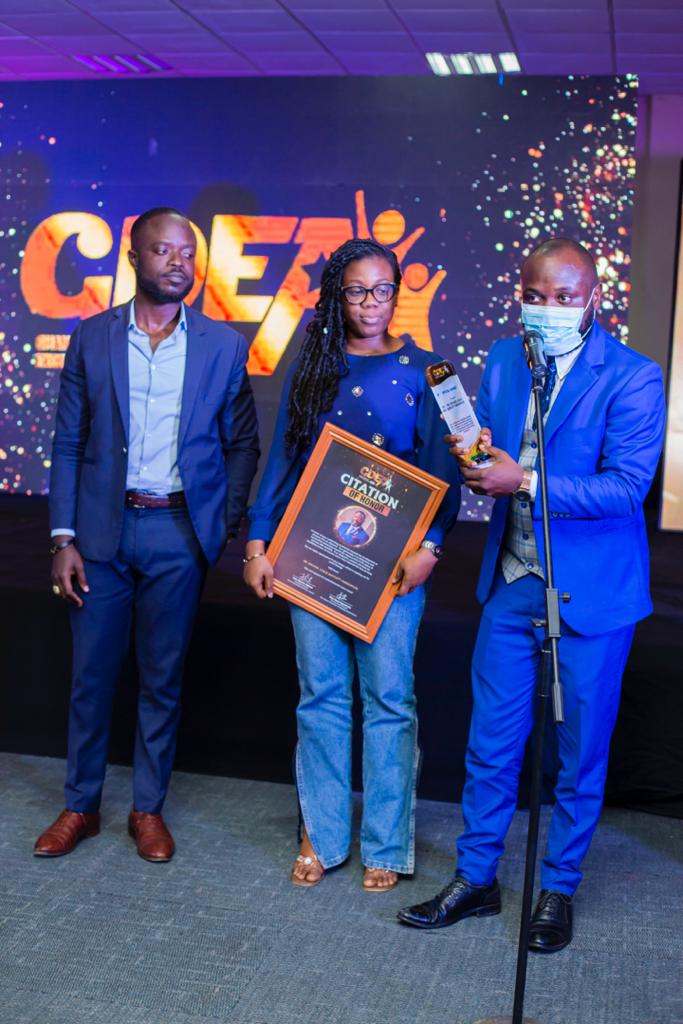 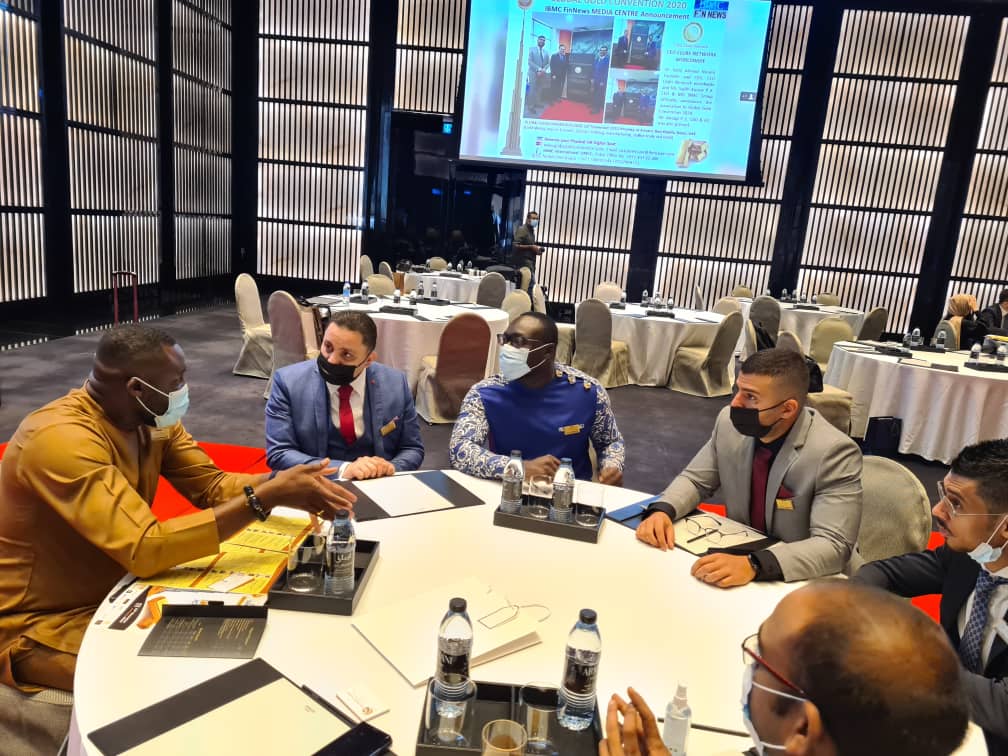 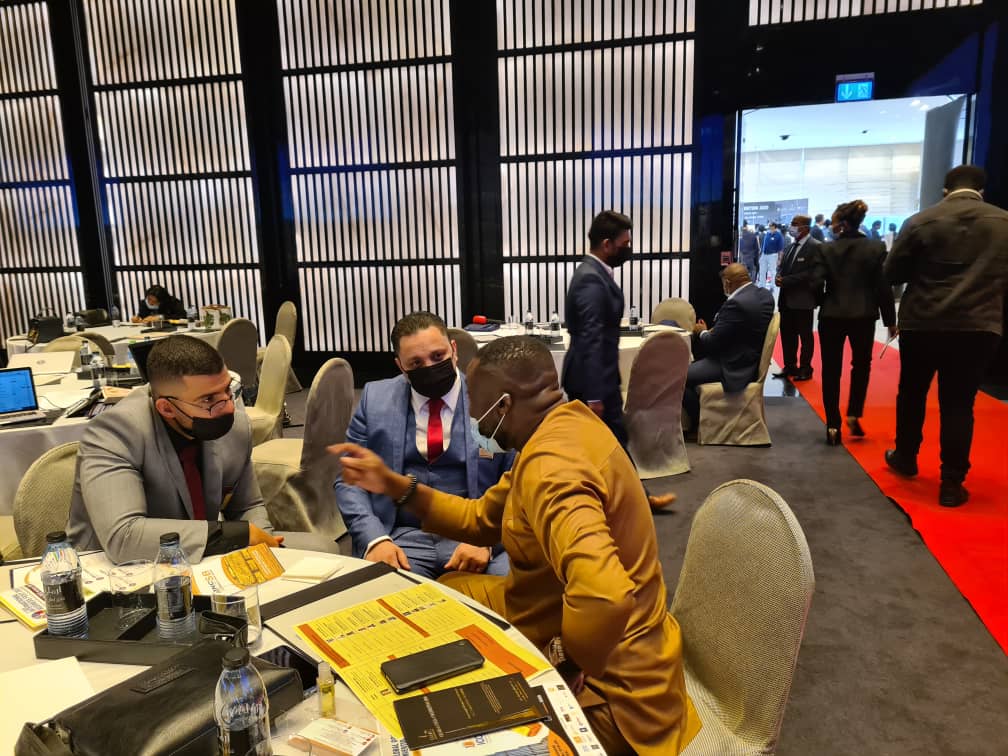 Group Chairman of M&C Group (Global) Mr. Michael Bartlett-Vanderpuye, in a discussion with the CEO of Himeros Mining LTD, Ghana, Mr. Mohammed Jomaa and an associate. 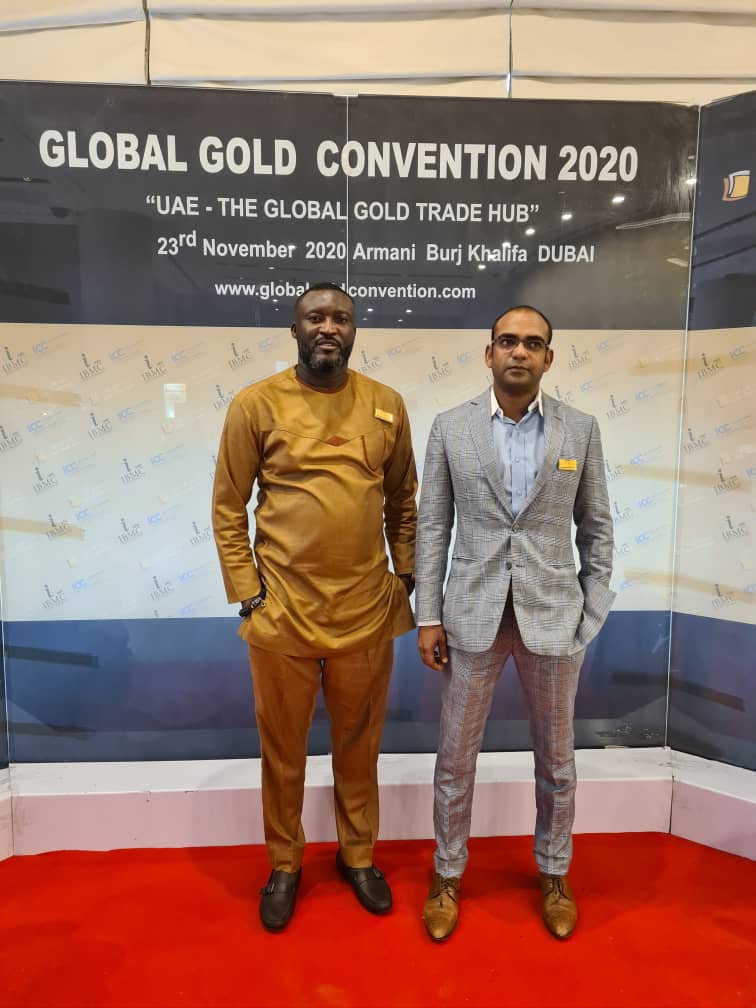 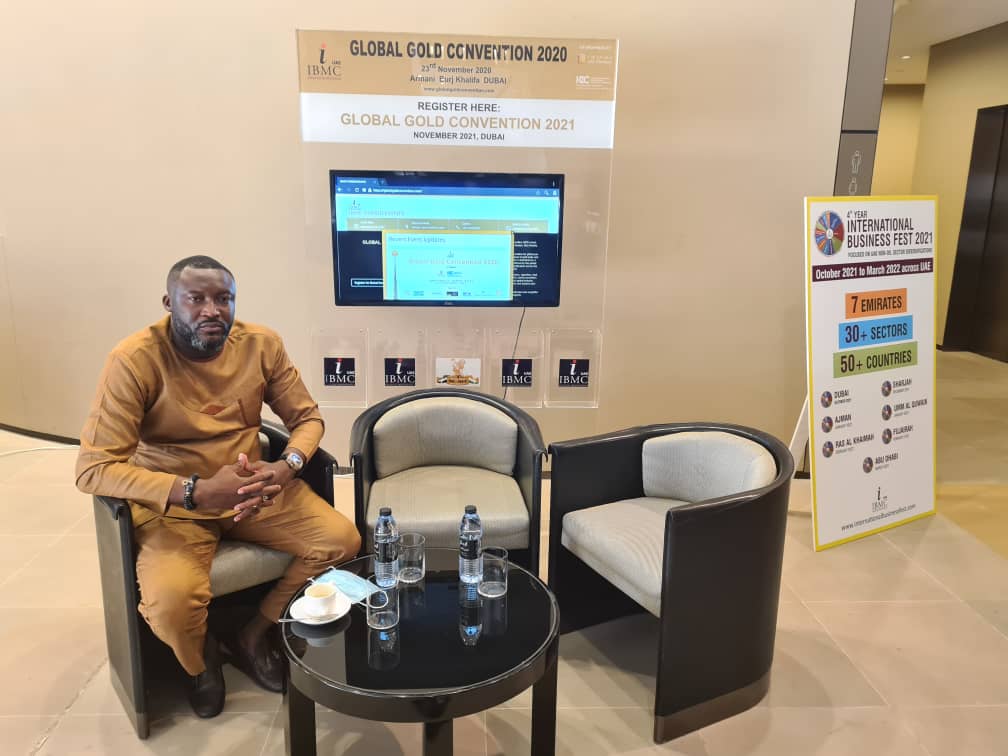 Group Chairman of M&C Group (Global), Mr. Michael Bartlett-Vanderpuye in a pensive mood at the Global Gold Convention 2020 in Dubai.

Your email address will not be published. Required fields are marked *